Our all-star research team is unafraid of rocking the boat and is committed to delivering the highest caliber investment ideas through rigorous quantitative, bottom-up and macro analysis with an emphasis on timing. 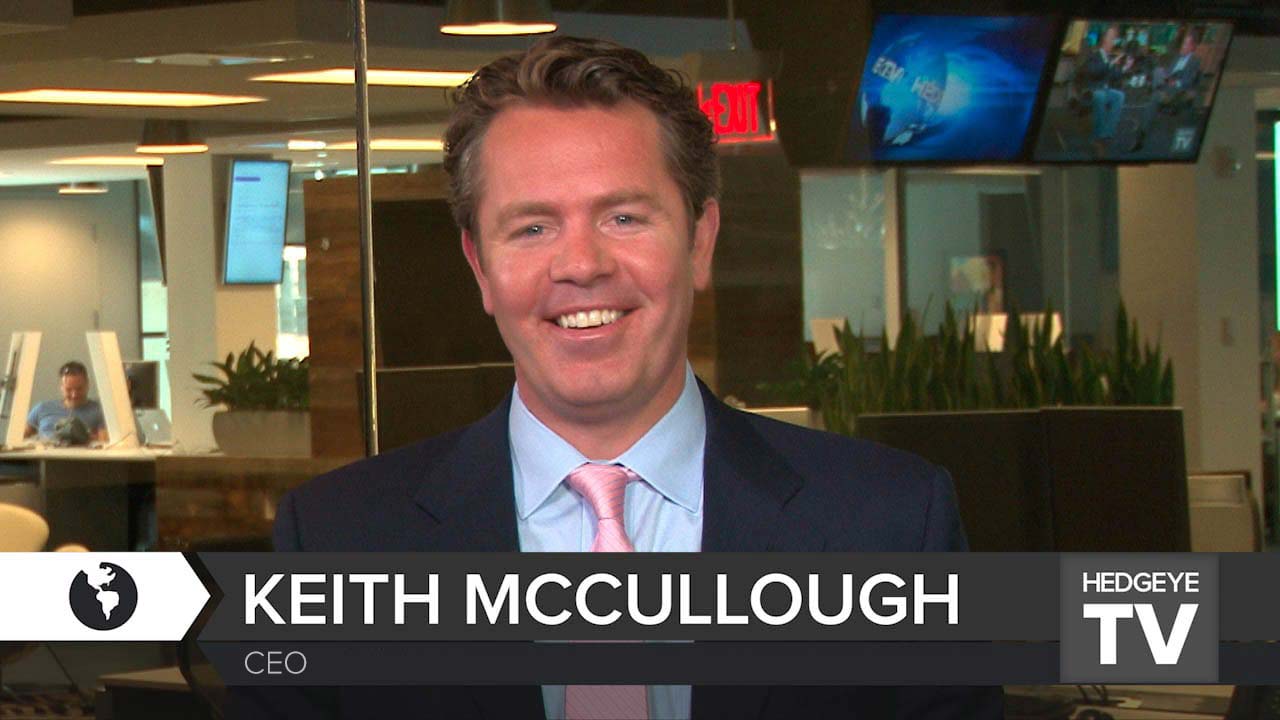 Keith has been a regular market guest on financial TV and radio for many years including CNN and Fox Business, as well as a contributor for CNBC and Bloomberg. He now hosts The Macro Show weekday mornings on HedgeyeTV which was featured in a Huffington Post story, "Meet The Man Who Wants To Build The ESPN Of Finance."

He is the author of the popular book, Diary of a Hedge Fund Manager and regularly shares his market and economic commentary on Fortune, Investopedia and other financial websites.

He began his career as an institutional equity sales analyst after earning an economics degree from Yale University. While at Yale, he captained the men's ice hockey team to a Division I Ivy League Championship. 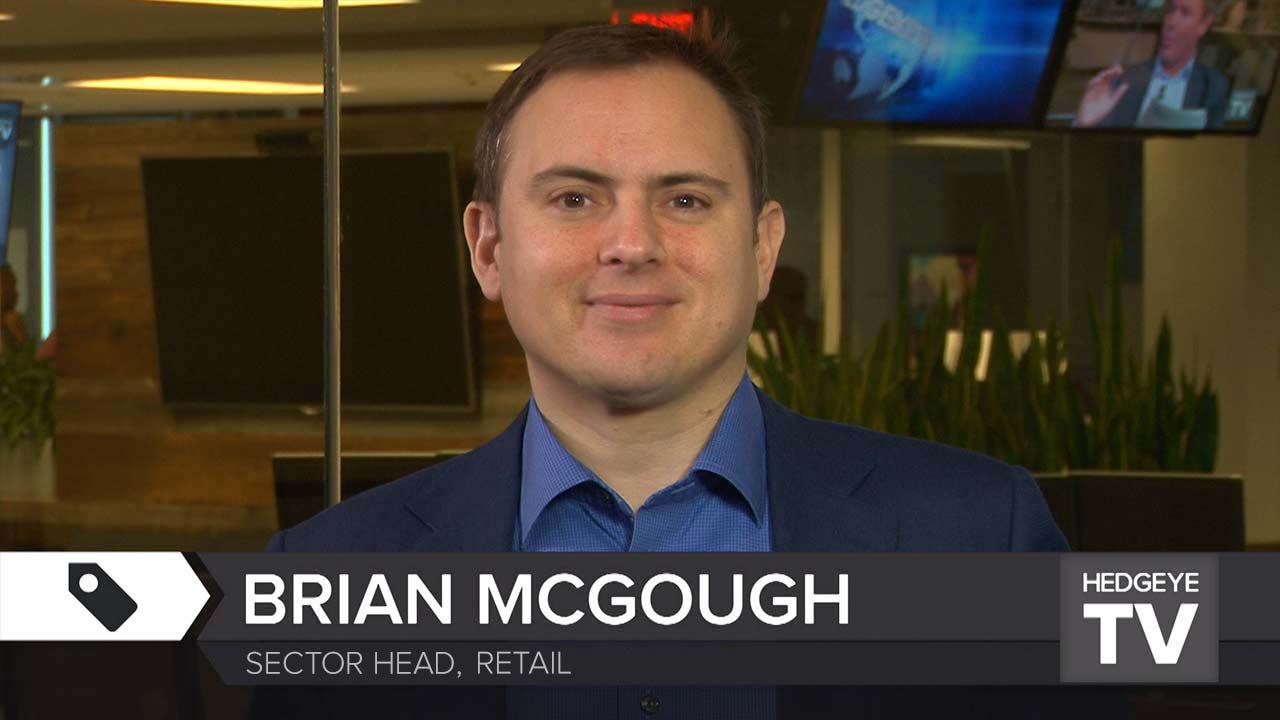 Prior to joining Hedgeye Risk Management, Brian was the executive director in equity research at Morgan Stanley. Before Morgan Stanley, Brian ran the consumer sector team at Copper Arch Capital, was the director of investor relations at Nike. He started his career as a research analyst at Salomon Brothers and Smith Barney. Brian has been recognized by Institutional Investor, Greenwich Associates, StarMine, and The Wall Street Journal.

Brian holds a master’s degree in finance from Hofstra University. 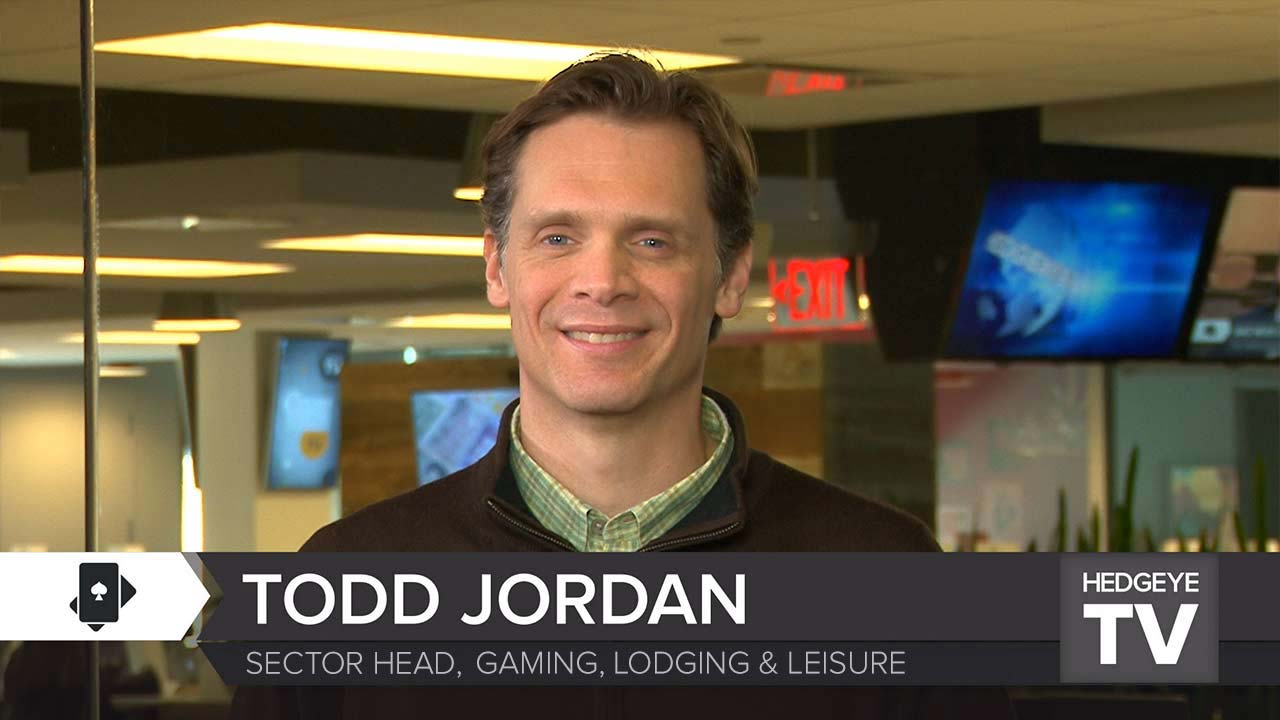 Prior to joining Hedgeye Risk Management, Todd ran a consumer long/short fund on the Jefferies Asset Management platform and had been a consumer sector head at Cobalt Capital and Ardsley Partners. Previously, Todd worked as a sell-side analyst at Raymond James, Dresdner Kleinwort Wasserstein, and Buckingham Research. He has won numerous Wall Street Journal awards for stock picking and earnings accuracy.

Todd holds an M.B.A. in analytical finance from The University of Chicago. 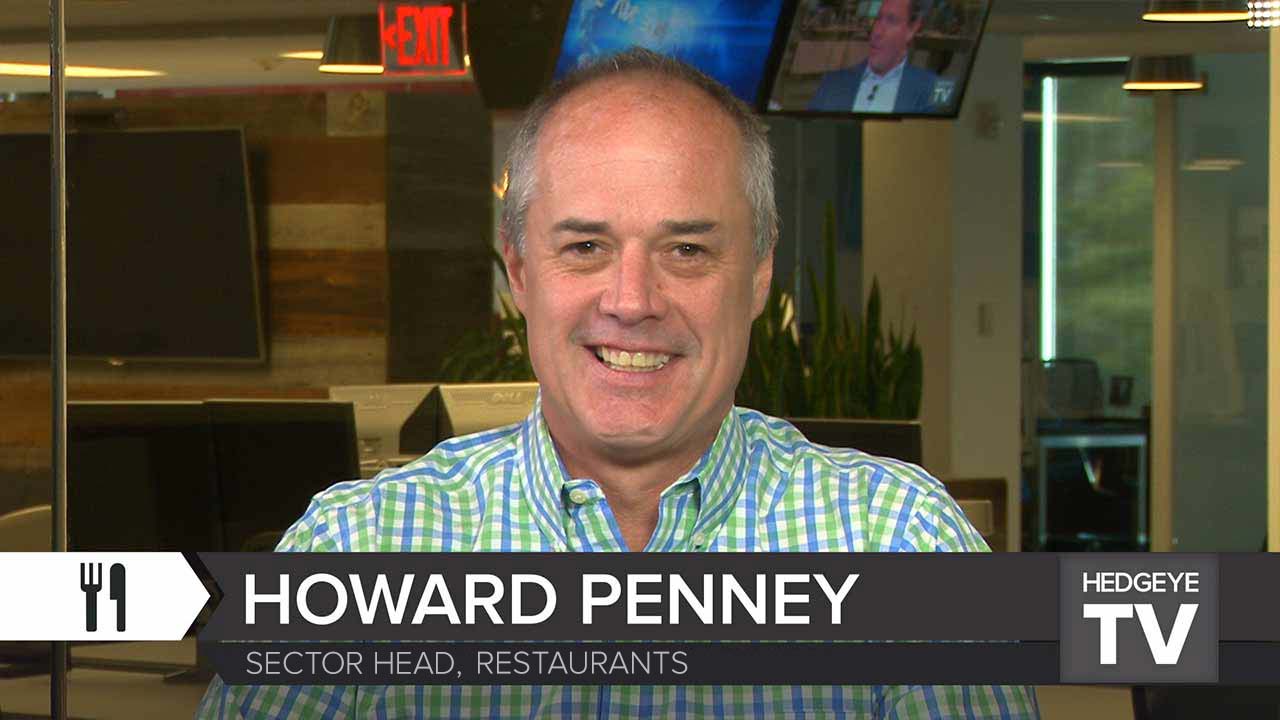 Howard’s research coverage focuses on the restaurant industry and other Consumer Staples sectors in the U.S. He has nearly two decades of experience following consumer related sectors including tobacco, beverage (including Latin America), gaming, and restaurants. Prior to Hedgeye Risk Management, Howard spent 14 years at Morgan Stanley, including working on the Macro team covering small company strategy. During his tenure at Morgan Stanley, Howard was ranked #1 by Institutional Investor (Restaurants) and #1 in the WSJ poll (Tobacco). Following Morgan Stanley Howard worked at FBR and SunTrust Robinson Humphrey. 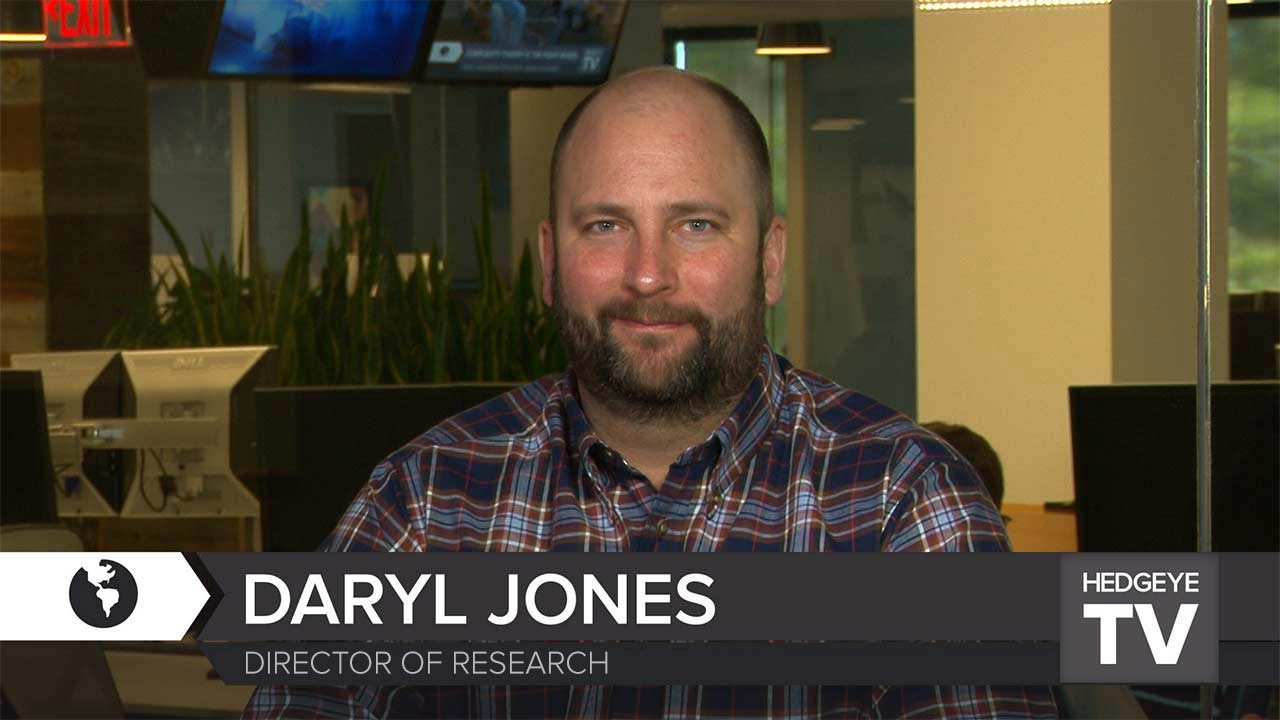 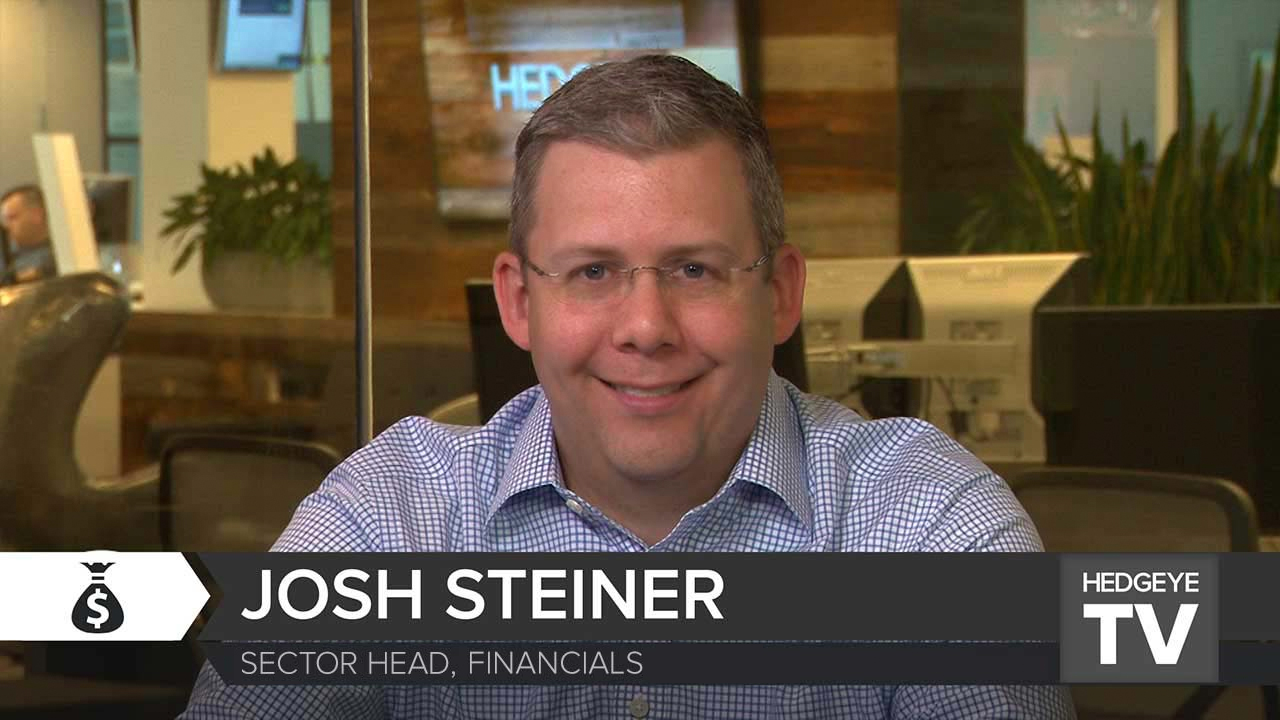 Josh has more than a decade of experience following sectors including specialty finance, general financial services, and satellite communications. Prior to Hedgeye Risk Management, Josh was an integral part of the number-one ranked Institutional Investor and Greenwich Survey Mortgage, and specialty finance team at Lehman Brothers before moving to the buy-side at Amaranth Group and Millennium Partners. He began his financial career at CE Unterberg, Towbin covering the satellite communications sector.

Josh holds a bachelor’s degree in economics from the University of Rochester. 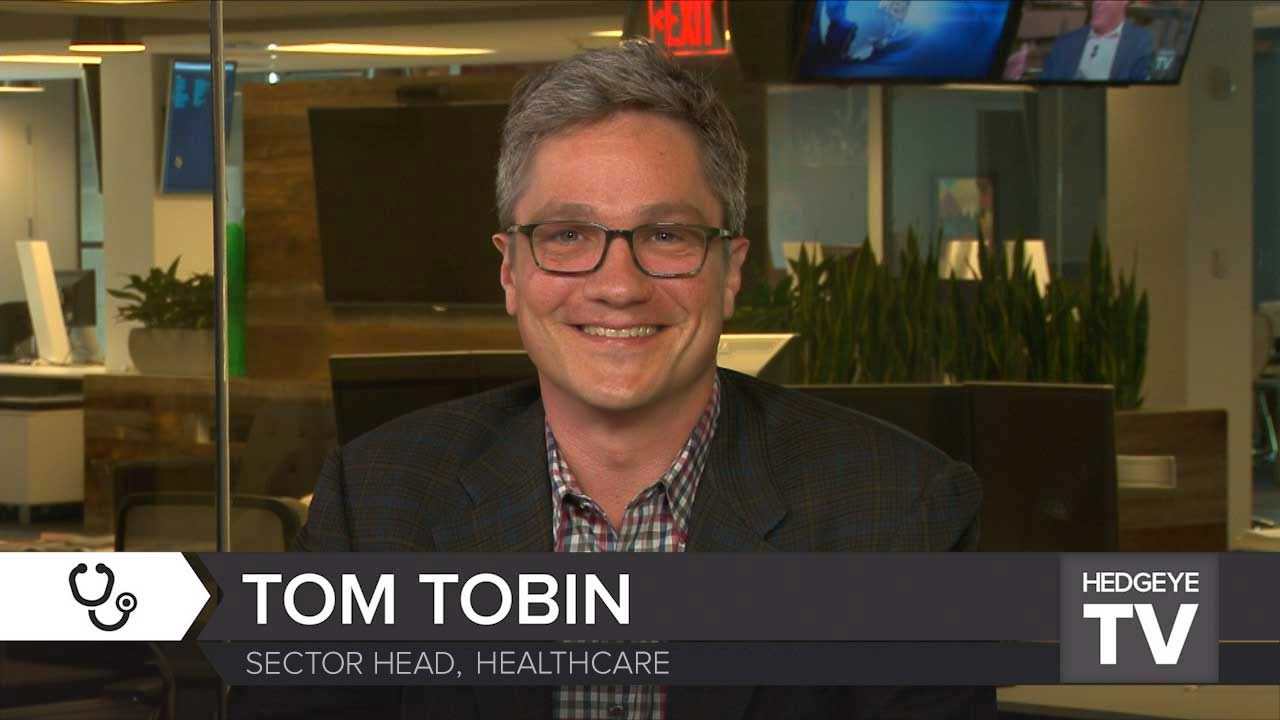 Prior to joining Hedgeye Risk Management, Tom was the head of healthcare investments at Dawson-Herman Capital Management, which he joined after working as an analyst at W.P. Stewart. His industry background includes medical research at MZT Holdings and at the Harvard/MGH Cutaneous Biology Research Center. 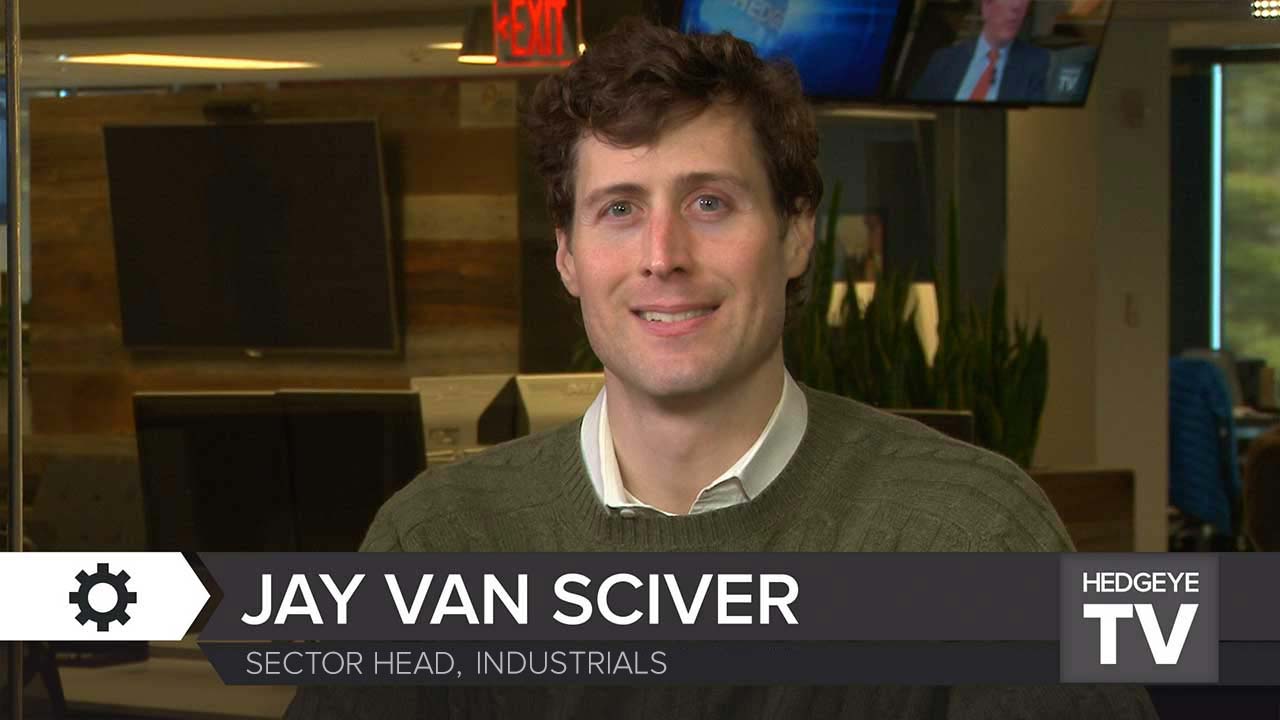 Prior to joining Hedgeye Risk Management, Jay was a co-founder and partner at Bishop & Carroll Capital Management. He has focused on buy-side research on industrials, materials, and consumer durables. Jay was also an industrials and materials sector analyst at Brown Brothers Harriman.

Jay earned a bachelor’s of science degree in chemistry from Yale University. 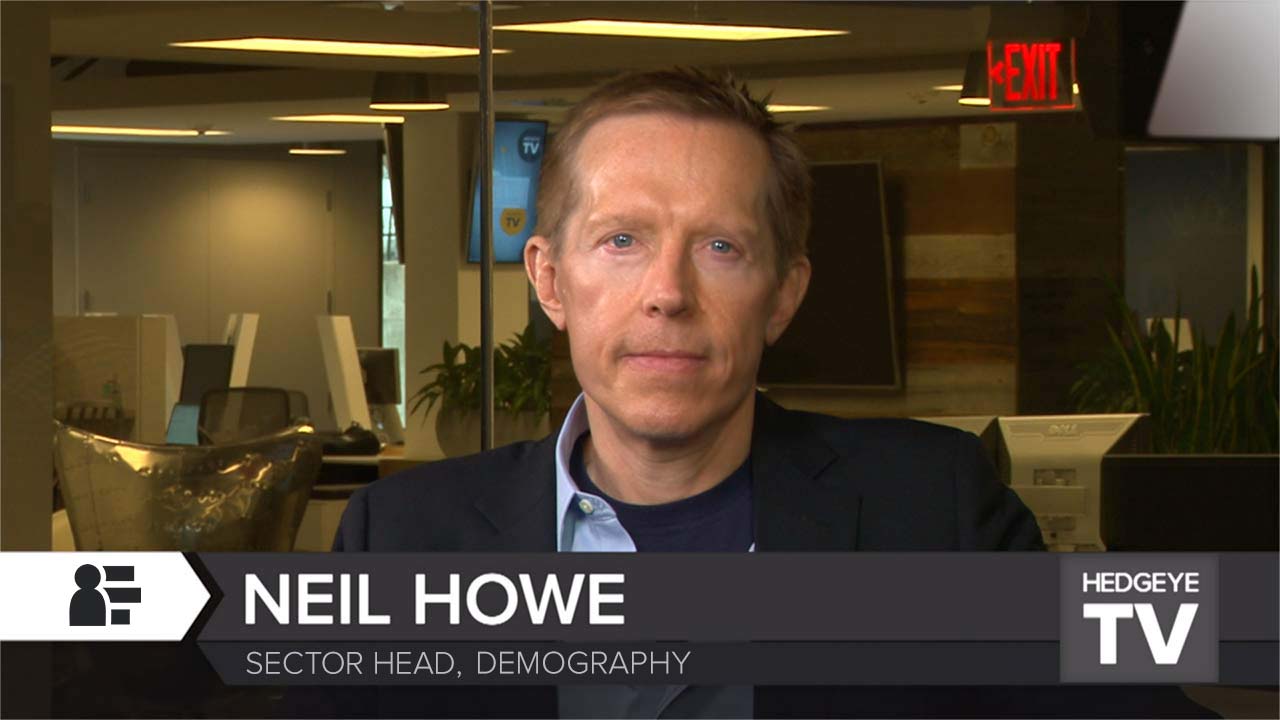 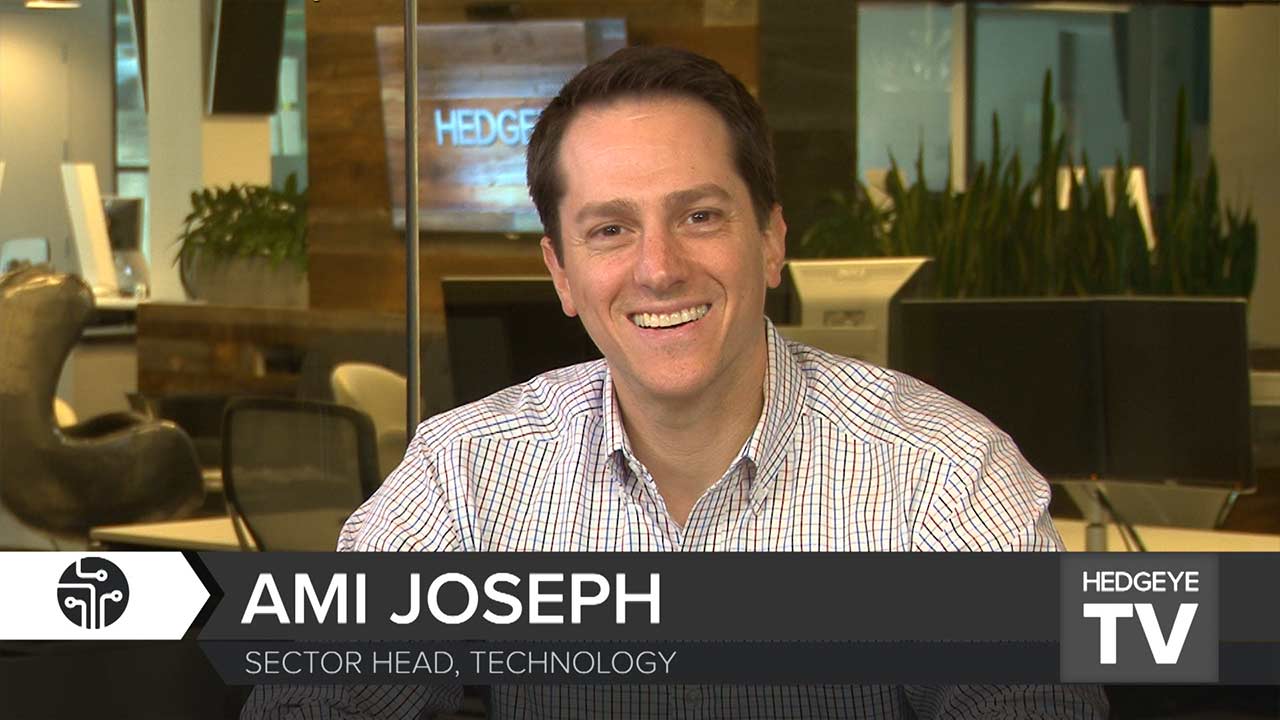 Ami has almost two decades of buy-side and sell-side experience covering the technology sector. Prior to joining Hedgeye Risk Management, he founded Joseph Capital Partners which provided long and short ideas to institutional investors. He was an equity research analyst at Putnam Investments where he led international equity research for technology stocks. Prior to that, he was a technology analyst at Fidelity Management & Research. 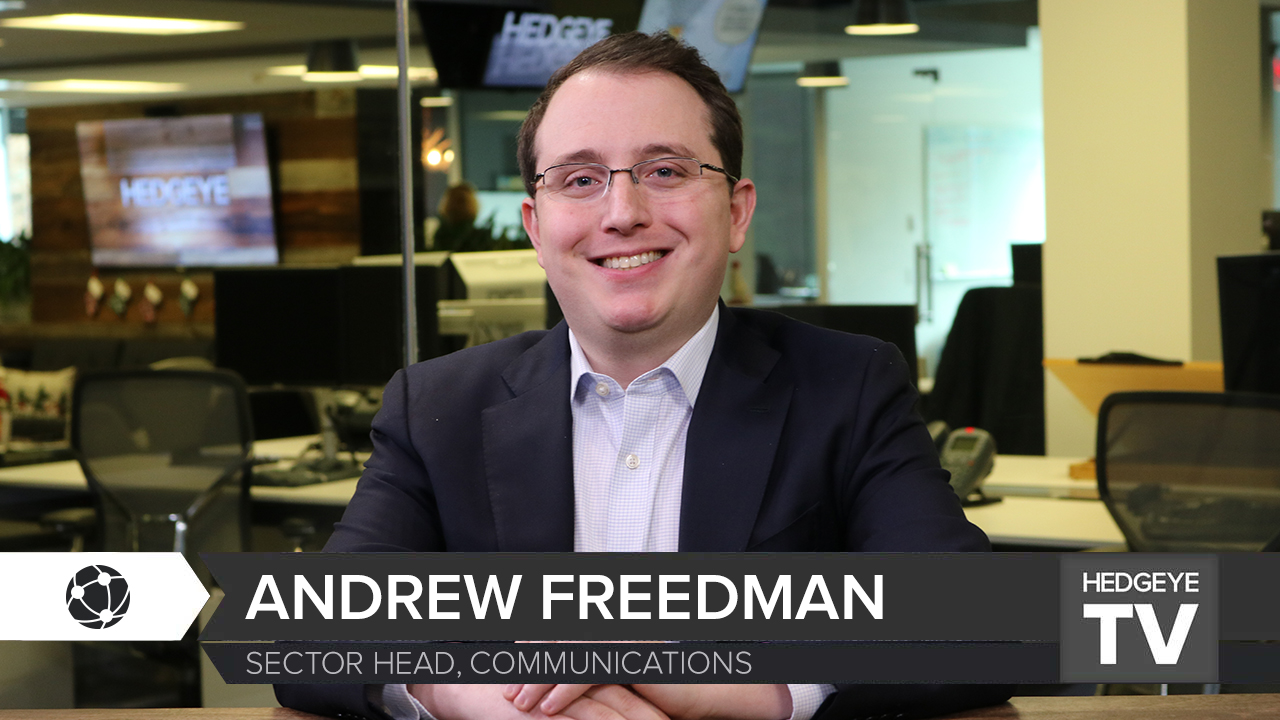 Andrew Freedman, CFA, is a Managing Director and Communications Sector Head at Hedgeye. In addition, he holds Senior Analyst responsibilities on the Health Care Team where he specializes in Information Technology. Before joining Hedgeye in 2014, Andrew worked for an institutional consulting firm where he was responsible for client asset allocation and investment manager due-diligence. Andrew is a CFA® charterholder and holds a Bachelor of Science degree from Marquette University in Finance and Business Economics. 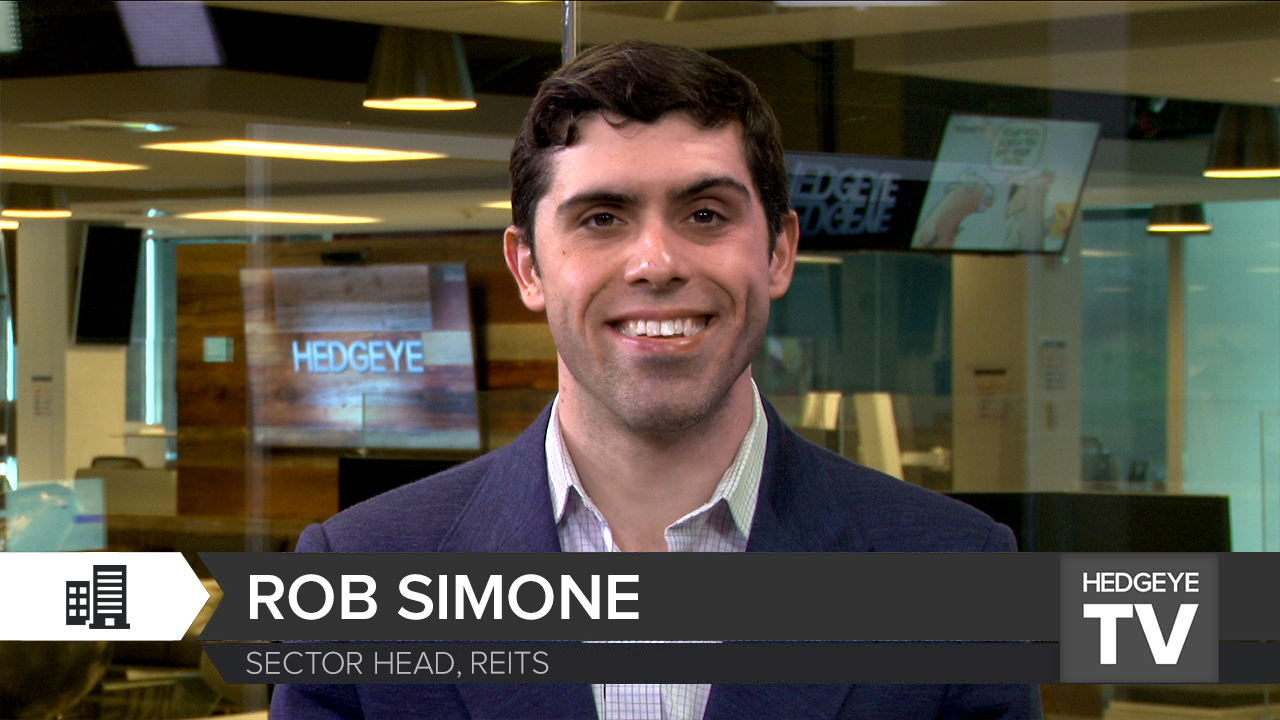 Rob has nearly 15 years of sell-side and corporate experience within the REIT (Real Estate Investment Trust) sector. Prior to joining Hedgeye, Rob spent over 2 years in business development and investor relations at Paramount Group (PGRE), a REIT which owns and manages office buildings in New York and San Francisco.

Prior to that, Rob spent 3 years at Evercore ISI where he served as the lead office, industrial and self-storage REIT analyst on the #1/2 Institutional Investor-ranked REIT team. Before joining Evercore ISI, Rob held various real estate-focused sell-side and investment banking roles.

Rob will be leading Hedgeye's equity research platform covering the trillion dollars + in publicly traded REITs. His research coverage will address all key subsectors of REITs including: residential, industrial, self-storage and specialty.

He graduated from the NYU Stern School of Business with a dual degree in Finance and Economics. He also earned his CFA designation in 2010. 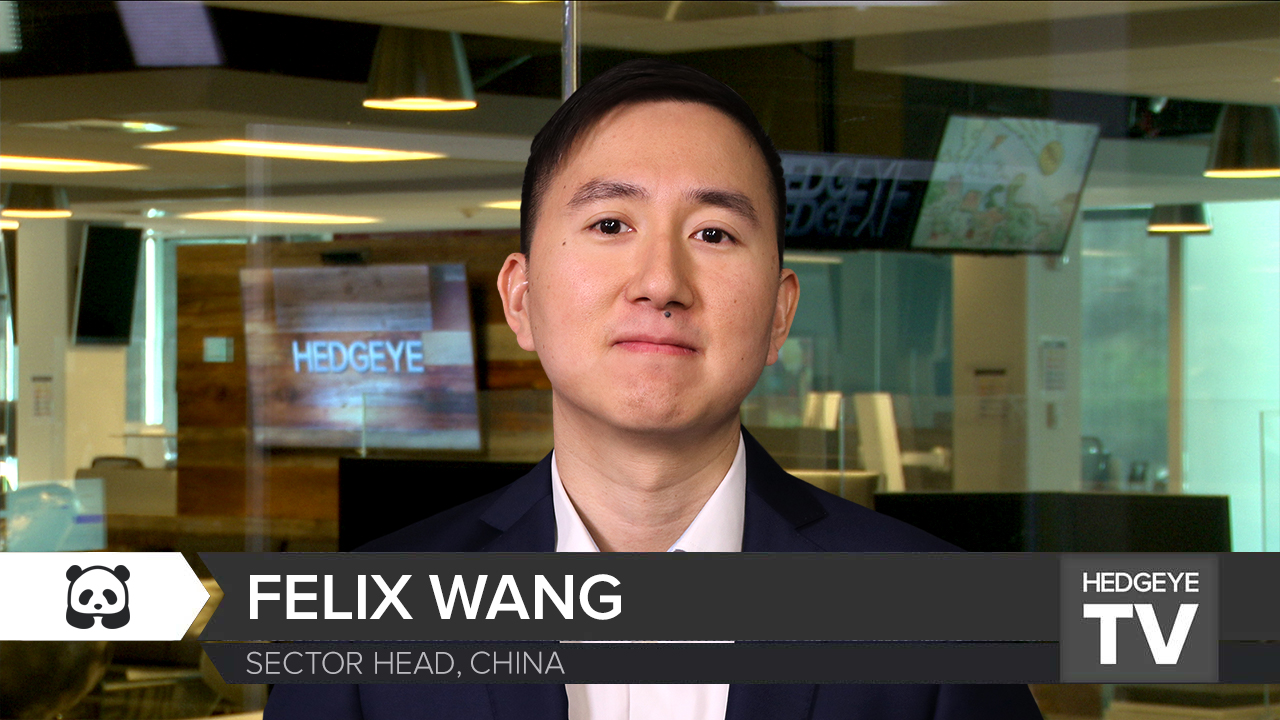 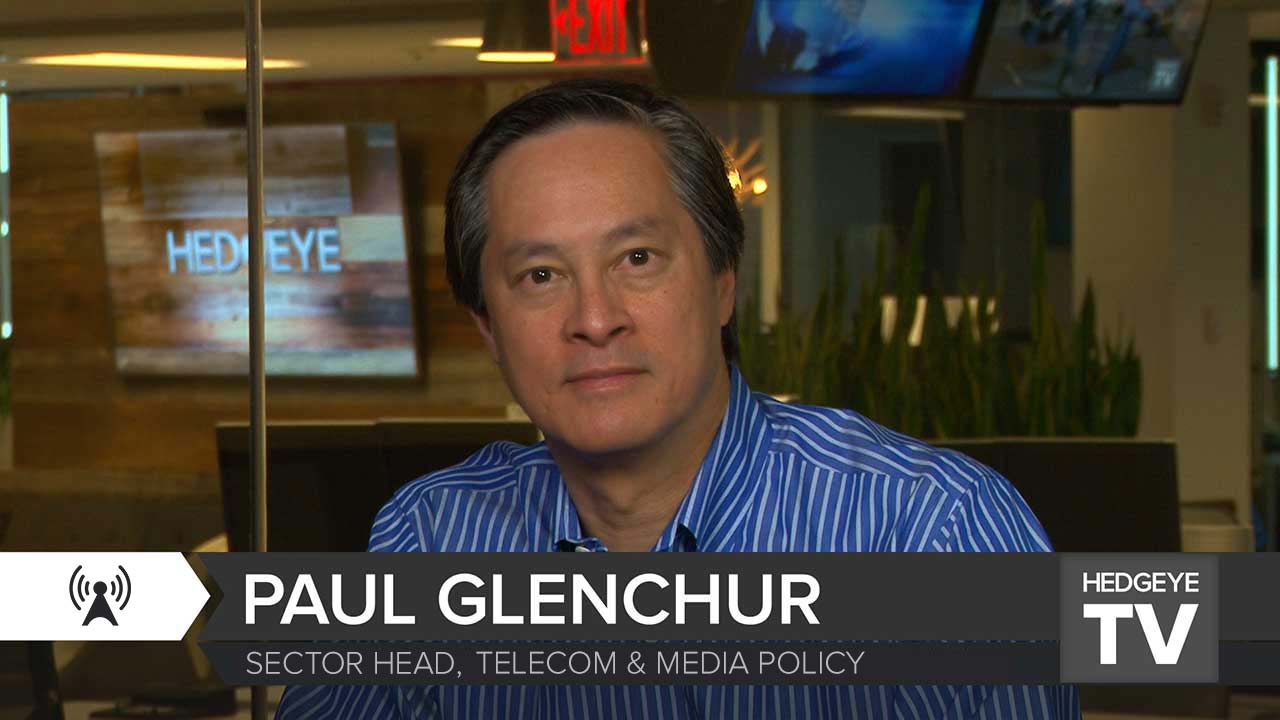 Paul Glenchur serves as Senior Policy Analyst at Hedgeye Potomac Research. Paul is ranked among leading telecommunications policy specialists, combining his legal background with industry experience. Prior to joining Hedgeye Potomac Research, Mr. Glenchur was the senior telecom and cable analyst with Schwab Washington Research and later the senior telecom policy analyst with the Stanford Group. Mr. Glenchur also has an extensive legal background – he served as an attorney on the FCC’s cable and common carrier bureau, as an associate with the Washington law firm of Miller and Chevalier, and as Counsel to the Assistant Secretary of Energy for Congressional Affairs. Before moving to Washington, he was a judicial law clerk to Judge Thomas Tang of the U.S. Court of Appeals for the Ninth Circuit.

Mr. Glenchur is a graduate of the University of California at Berkeley and earned his J.D. at the University of California Hastings College of the Law, where he was an editor of the law review. Mr. Glenchur is a member of the Federal Communications Bar and has testified before House and Senate committees on telecommunications issues. He is also a member of the Supreme Court and Ninth Circuit bars. 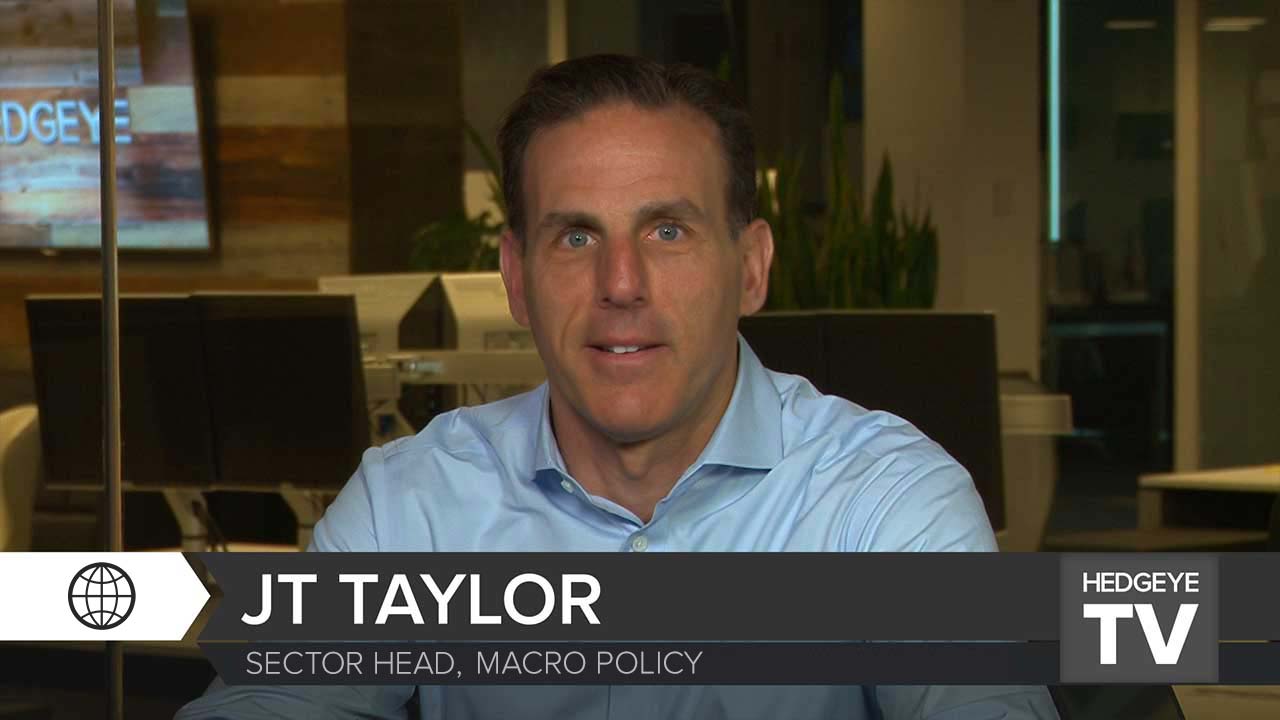 James R. (JT) Taylor serves as Senior Policy Analyst at Hedgeye Potomac Research. JT has extensive experience in both government and business in Washington, DC, with a career spanning the legislative and executive branches as well as the financial services industry. Prior to joining Potomac Research Group, he ran Pelorus Research, the US public markets division of the Holdingham Group based in the United Kingdom. He previously led a policy research team as Managing Director at DeMatteo Monness. From 2002-2009, he was Managing Partner of Kemp Partners, a Washington, D.C.-based strategic consulting, business development, and marketing firm which he founded with Secretary Jack Kemp in 2002. At Kemp Partners, he oversaw day-to-day operations and business development while managing client relationships in both the corporate arena and financial service industries.

JT’s Washington experience includes his positions as the President and CEO of the Washington-based think tank, Empower America, and as Vice President of Corporate Communications for the U.S. Chamber of Commerce, where he established the communications department and led the development of key Chamber initiatives and long-term communications strategies. He previously served in government as Chief of Staff to U.S. Representative Sue Myrick (R-NC), and senior aide to Secretary Jack Kemp during both the 1996 presidential campaign and during his tenure as Housing Secretary under President George H.W. Bush. 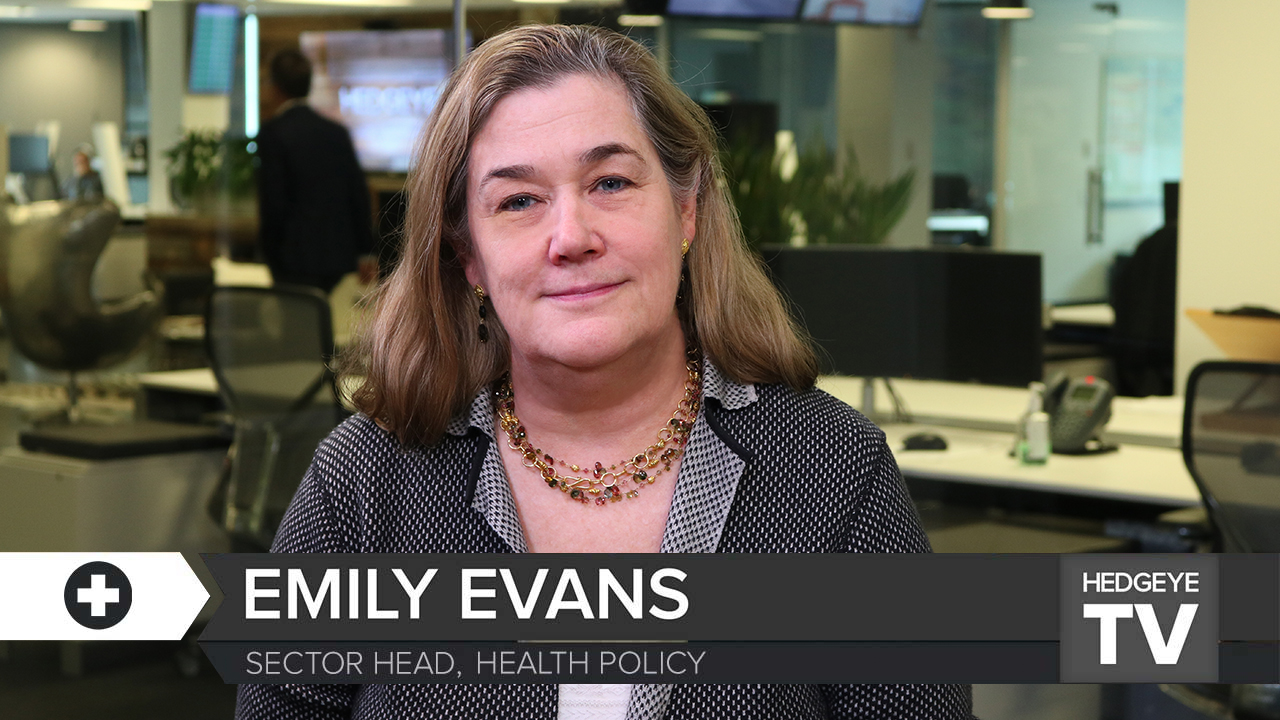 Prior to joining Hedgeye Risk Management, Emily was a partner at Obsidian Research, a healthcare research boutique that she founded. She has over three decades of professional experience working both in and around government.

During most of that time, Emily worked in public finance at J.C. Bradford & Co. in Nashville until its sale to UBS/PaineWebber in 2000. As the Investment Limited Partner in charge of municipal bond underwriting, Emily helped to bring over $10 billion in securities to market – including hundreds of healthcare related projects such as skilled nursing facilities, continuing care retirement communities and acute care hospitals.

In recent years, Emily has provided consulting services to the government and finance communities. She served for nine years on the Nashville City Council and is a graduate of Mount Holyoke College.